We always start diagnosis with an anamnesis consultation through directed questionnaires and emails.

Usually there are multiple sessions, periodic ones, for months, or even years.
We do the same through emails.
Not for months or years, but i would say some 3 to 4 weeks.

We will not see you, your manners, that is the weakest part to develop a Web-anamnesis, but we have the best part of it when someone writes the own story, the own life and remember all moments and situations.

Always when someone has the opportunity to revive something, something new may happen. That is an aspect of the Web-anamnesis, that is extremely important, mainly for gender variance analysis.

The patient, most of times, opens the own heart, and remembers hided facts, live again old feelings.

Some patients show a lost memory, mainly for the earlier years, and hard times. These are signals that are important to be considered, and mainly the gestation period, the time of the beginning of each one of us, when we have a special time of formation.

The great French writer Marcel Proust, when he described the "magdaleines episode" inside his great work "A la Rechereche du Temps Perdu" he shows us how some moments may trigger memories, when we almost live again old memories.

To develop a good anamnesis, face-to-face or Web-based, the key words for us are... compassion and respect, always.

So through these emails we may know all your feelings, your sufferings and your overall story... since your gestation, what you may know about your gestation... talking to your parents, your grand-parents sometimes, and later about your first infancy... and so on, up until nowadays.

Are these emails secure?

Nothing in the Web (and life) is 100% secure. But the lack of security increases with money subjects and email name exposure.

You never pay nothing to Gendercare through emails; you never show your account numbers to us mainly through emails and our clinical communications with you are developed through Gendercare email processors.

So our communication is sufficiently secure for what we intend to do.

Would not be better face-to-face interviewing? Having some more "human contact"?

I would say yes and no; surely NO considering the most important factors!

Yes because it is always good to be near the other. To have among us two computers is not the best situation surely. Including, for any Psy therapy, Web-therapy would be impossible - not due to legal prescriptions, that could be wrong - but due to the impossibility to touch the other, using any technique as we like more, as Psychodrama for example.

The first important consideration to answer that important question, is personal interviewing gender variant people could disturb you and your reality. All therapist, as all human being, has its own religious, ideological, social and personal points of view! So, the contact, that is absolutely necessary for psychotherapy, is a problem for gender therapy.

Most patients with gender problems, most of the time live or acts as autists. They like to be alone, they prefer to have not contact with "experts" or "therapists". Why?

So, we have a rule number one: It is much more easy for someone with any gender problem, to open the heart to a strange, or to a mirror, or to an inanimate screen, as a paper sheet or a word processor, than to a therapist... that is an "outsider", even when he/she is a PhD and Emeritus Professor, but who never suffered a gender problem, or is only able to theorize about it.

At one meeting in Brazil, some years ago, a psychologist and antropologist was telling a lot of theoretical things which people with gender problems never would consider... and after she stoped I asked her... dear friend, how many times did you live your life crossdressed as a man? At home, at work, in the streets?

Astonished she answered me... never!

Yes... so you are not prepared to understand what it is to live that reality.

Someone could say: the good cancer expert need not to have a cancer. Yes, I agree.

Because a desiase, as a cancer is not you... it is something you HAVE... it is not someone you ARE.

Gender problems never are related to what you have but always to who you are. Transsex (HBS), CD, transgender, intersex, intergender... these things are not things you have, but who you are.

So, medicine is not a good place to see any analogy, but ethnology is a wonderful place for analogies as an example.

I have two extraordinary examples to show you here:

Alain Danielou, the great French musician and philosopher, to understand the Shivaism in India, he had only one way: to become a Shivaite in India!

Another French, the ethnologist and artist Pierre Verger, who came to Brazil, to Bahia, to study Yoruba and Candomble culture. The only way would be to become a candomble initiate, and later he went to Africa, Nigeria, and came back to Bahia... and until today the Yoruba community respect Pierre Verger.

A third example, a dearest example to me, personally, because we were far relatives were the Villas-Boas brothers. They were the better friends of Xingu indian nations in Brazil. I have tears in my eyes now, when I am writing. Orlando Villas-Boas lived a big part of his life among the Xingu indian nations in the center of Brazil. When Orlando died, the Xingu Nations performed a Kuarup - a special death ceremonial, to remember Orlando Villas-Boas, the white brother.They go to the forest and cut a big tree. That tree they put in the middle of the "aldeia" where they live, and perform a lot of ceremonies, and later they took the tree that signifies the dead friend, and put it in the river... a very beautiful ceremony, Brazilians saw last year.

All that I write to you is trying to show you what is important and what is not so important, in face-to-face anamnesis or Web-based anamnesis.

What is important is not the means we use, but the quality of the therapist. And we know the therapist not through the number of PhD's and academic titles, but if the therapist lives, and knows "from the inside" and not only "from the outside".

Also, as in ethnology, the therapist need to act sometimes not only as a doctor or as a psychologist, but with compassion, as a priest.

Gender therapy, as good ethnology, we may live only as priests, as Alain Danielou was the Indian priest among French people, and he worked also as a French priest among the Hindu people.

The same piesthood did Pierre Verger amond the Youruba, and Orlando Villas-Boas in the Xingu.

From the outside, all anamnesis is surely bad. Face-to-face or Web-based. From the inside, all therapy can surely be good, when there is compassion and respect.

To treat a cancer, you need knowledge mainly. To treat THINGS PEOPLE HAVE you need knowledge, good instruments and some talent.
To evaluate and treat gender problems is a question of life, so you need to live, to mediate life, and that mediation is what I name priesthood... knowledge is absolutely necessary... but it is not sufficient!!!

Another aspect is face-to-face therapy stimulates we act through our own ideas and values, mainly some "old style" therapists who always try to change or interfere on the patient, and not to know the patient...

We never intend to interfere but to know the way the patient feels and understands the self-reality.

The importance, for gender variance best evaluation, to don't see the patient!

Why?
Because when the therapist sees the patient, what he/she sees arouse inner feelings and values... unconsciously. For example, a someone that feels female, but is very high, has a hairy body and beard... and some baldness, heavy and big as a truck driver...surely the uncouncious of the therapist will press to say it is not a woman, but a man.

But what need to be evaluated is not hair, dresses, garments, skin... but identities! The therapist needs to learn to evaluate brains and hearts, memories and time-series and not garments, manners or baldness!

So, the best evaluation possible, is developped without seeing the image of the patient!

The image of the petient helps nothing, but increase "information noise", decreasing the quality of the evaluation!
So, why not evaluate the anamnesis through the Web? The Web is the best place for it, considering all pros and cons!

After the diagnosis and COMPLETE evaluation, if necessary, the patient will send us pictures/videos so we may know the face, hair and body condition, to help transition (when needed and desired), hormonetherapy and surgeries.But only AFTER the conclusion of the COMPLETE evaluation! 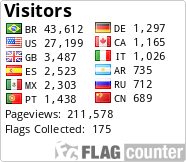 We did develop scientific knowledge as the background to develop a method to diagnose people with gender issues at a distance, through the web. See the links for details:

What does people say about us